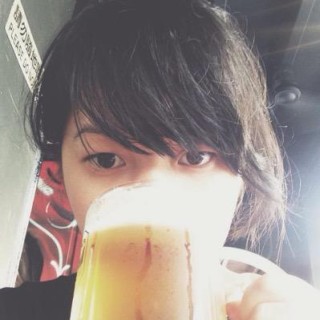 Hello again. It’s been a while, I know. Since I last wrote, a lot has happened:

Now that you’re up to speed, let me start a new and hopefully semi-regular feature on this blog: Monday’s Mindless Consumption! It’s basically a way for me to file away all of the random content/media/art/food I’ve been consuming and, more importantly, loving recently.

“I Was the Fastest Girl in America, Until I Joined Nike” – An article on the systemic mental and emotional abuse of Mary Cain and other female runners from the trainers of Nike’s Oregon Project. Heartbreaking and rage-inducing.

The Rumpus’s list of books about living abroad – Can’t wait to dig into some of these. As a female expat on her third year of living overseas, it’s heartening to read about other women’s experiences navigating new cultures. Might help me parse some of my own experiences and give me the nudge I need to finally start writing about them.

Midnight Diner: Tokyo Stories Season 2 – A Japanese anthology series that centers on a Tokyo diner run by an unnamed chef (only referred to by his customers as ‘Master’) and the coming and goings of the diner’s regulars. Each episode features a different dish. It’s a real gem of a show that’ll both tug at your heartstrings and make you want to book the next flight to Tokyo ASAP.

The Souvenir – A beautiful and completely uningratiating film by Joanna Hogg that features stellar performances by Honor Swinton Byrne, Tom Burke, and a pitch-perfect cameo by Richard Ayoade. Anchored by a solid soundtrack of moody new wave bops.

Yesterday, Joff and I decided to visit our old neighborhood (Hai Ba Trung) and hit up some old faves. This place was a new and happy discovery.  This beautiful bowl of noodles is called bún cá trộn and it cost $1.29. It’s fried fish over some boiled greens, rice noodles, and topped with a mess of fried shallots and peanuts. As always, there are several condiments nearby so each customer can make their own sauce. I hit it with some fish sauce, chopped chili, and pickled garlic. *Very emphatic chef’s kiss*

This beautiful khai jiao (Thai-style omelet) that Joff made last week is still on my mind. A ridiculously easy recipe using pantry staples. Get the recipe here.

The khai jiao my boyfriend made a few nights ago pic.twitter.com/xXpDIm7h8U